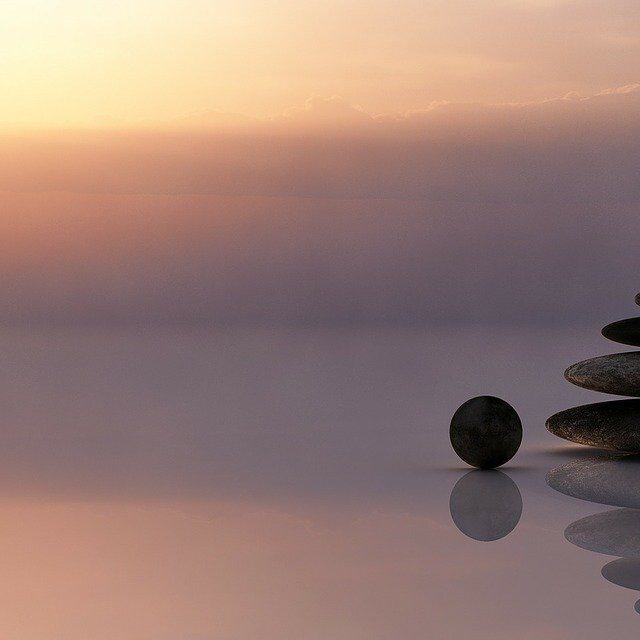 My dear friend, Dionne Kress, inspired me to meditate on the words “The space between”. This was written during that meditative state:

The space between breaths, life and death, matter in an atom, heartbeats, love and loss, the inception of a desire and its fulfillment, sky between the mountains, mountain between the skies, me between earth and sky, newness and belonging, darkness and light, good and bad, up and down, here and there. In the space between these, there is just being. Me or you, us or them, we or they, oceans of time without direction, without purpose, without longing or knowing or feeling – just being. Warmth and love abounds. Light reaching through the darkness to touch the soul alone in the wilderness. Precious beings, not alone. Never alone. Always with you. Always waiting patiently for the listener. Openness. The space between the mother and father, earth and sky, rain and the ocean. Meditation is the space between the asking and the receiving.

People are like corks. In the absence of negative thoughts, they float. Our natural state of being is health, wellness and peace. Right now, if you close your eyes, take a deep breath and relax, you will recognize that what I’m saying is true. But our mind’s constant chatter often works against us, holding the cork under water. Let’s face it. Holding a cork under water takes effort. It expends energy. Most importantly, it’s the source of illness and dis-ease in our lives.

Meditation clears the chatter and lets the cork float. It lowers blood pressure, reduces anxiety and restores our natural sense of calm and connectedness. It provides an infinite, expansive reservoir of creativity, inspiration and strength. If meditation has such powerful benefits, why don’t more people do it?

I’ve heard many people say, “I’ve tried meditating, but it doesn’t work for me. I get too distracted.” There is a very good reason for this. The ego’s job is to create a sense of self; your unique perspective. Perspective is a collection of your experiences, the messages you’ve been told, and most importantly…. your interpretation of those experiences and messages.

Ego’s constant nattering isn’t just idle chatter. It literally forms the basis for your sense of “self”. To access your higher mind in meditation, ego needs to step aside. Since ego’s job is to protect your sense of self, asking ego to “stand down” is no small request.

I’ve had an on-again off-again relationship with meditation for almost twenty years. When our kids were little, John and I used a program called Holosync, which was developed by Centerpointe Research Institute. According to Centerpointe, “Using powerful, proprietary brainwave technology, Holosync strengthens the “executive function” (willpower, focus, creativity) of your brain, while it calms the areas that create stress, impulsive behaviors and procrastination.”

Each day, John and I would don headphones and escape for an hour. Free from the noise and distraction of three young children and the stress of running our business ventures, we would often fall asleep. But I have no doubt Holosync’s binaural beat technology was incredibly powerful. Whether a person falls asleep or remains awake, the audio signals literally “force” the brain to adopt a meditative wave pattern.

As we progressed through the Holosync protocol, we received a new CD every six months. The meditation programming became more and more challenging. On two separate occasions, I tried to level up too quickly and experienced symptoms of physical illness similar to food poisoning!

Even when I followed the program at the recommended pace, I would sometimes receive pushback from my brain. Adapting to stronger protocols, I would hear phantom sounds; kids crying, owls hooting, even percussive thumps. I would remove my headphones, listening for the source of the sound and discover it was just my imagination. This only happened during the first couple days of a new protocol while my brain adjusted to the challenge.

Using Holosync, I felt more patient, more relaxed, more productive, and more adept at shifting tasks. But it was expensive. The initial mp3 files for the Awakening Prologue are $159. If you want to progress to new levels – and there are 12 of them – you pay for each new level.

Unfortunately, after five years using the Holosync program, I fell out of the habit of daily meditation. When I went back to use the program, my prior level was too powerful. I’d lost the CDs for earlier levels that were required to follow the re-entry protocol. For nearly a decade, I didn’t meditate.

Two years ago, I decided to try meditating the old-fashioned way after reading Gabby Bernstein’s book, The Universe Has Your Back. I struggled to stay focused. Sitting in silence didn’t work. My body was hyper-aware of every sound. A perusal of YouTube meditation music yielded the audio track I still use today for my daily meditation practice.

I didn’t expect to meditate for a solid 20 minutes. But I was disappointed to find I was only able to detach for 60-90 seconds in a 20 minute period. However, even 60-90 seconds was worth the effort. I meditated on and off for six months, gradually increasing the frequency of those moments of detachment.

In January 2019, John and two of our three kids were in Peru. I needed extra meditation to get through that long, dark, lonely time. Every day in January, I got up at 5:00am and meditated for two hours. Those large blocks of time provided the space for many productive meditative moments. I learned tricks to quiet the ego and was able to progressively lengthen the span and frequency of detachment.  The inspiration and connection I received was absolutely profound.

I would never suggest meditating two hours a day. Twenty minutes is perfectly adequate. Here are some tips to make your meditation productive. Begin by identifying three parts of “you”:

Ego – Creates your sense of self: your unique perspective.

Mind – The gatekeeper. Acts as interpreter between Ego and Higher Self.

Step 1 – Thank Ego for the Role It Plays

Start your meditation practice by thanking Ego for all it contributes to your health and safety. Thank Ego for the collaborative role it plays in identifying goals and achieving them. Gently ask Ego to step aside so you can hear the voice of your Higher Self, the voice that offers inspiration and guidance in creating a life of your choosing.

Assign Ego a few tasks to keep it busy. Many successful meditators suggest focusing on breath. Others suggest a sound or collection of sounds that occupy Ego but do not engage Mind. The sounds are meaningless, they just help distract Ego.

I assign Ego the job of relaxing parts of my face as well as attending to my breathing. This “double-duty” keeps Ego busy, less likely to produce intrusive thoughts. Inhale deeply, focusing on the delicious, expansive experience of taking breath. Spend around 30 second on each of the following relaxation tasks while listening to music:

In this way, Mind is free to relax and access Higher Self while the Ego focuses on the task of breathing and relaxing the face.

Step 3 – Succumb to the Music

Just as Ego turns its attention to relaxing a new part of your face, relax into the music. “Lean” against it. Let it rain down through the top of your head and flow through your bones.

People spend countless hours and pay millions of dollars to listen to other peoples’ inspiration. Meanwhile, each of us has our own higher voice, ready to deliver the exact message we need to hear in this exact moment. It’s mind-blowing to realize that there is an infinite, expansive reservoir of creativity, inspiration and strength available to us FREE OF CHARGE every day! Meditation isn’t hard. It isn’t time consuming. It just takes a little discipline. Don’t let another day pass without claiming your powerful birthright to meditate! I’ll look forward to hearing about your meditation journey in the comments below.