The Blessing of Adversity 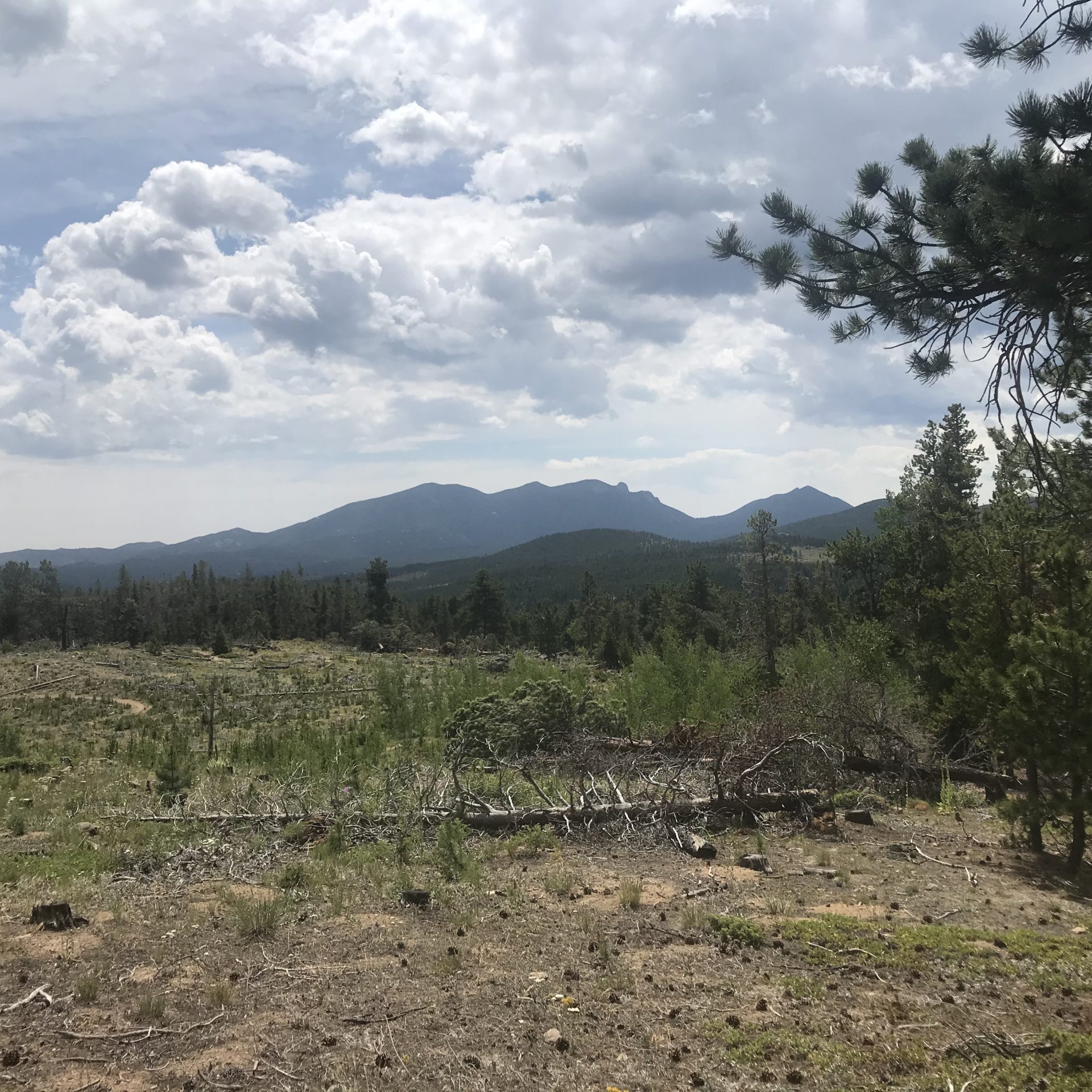 Adversity is rarely seen as a blessing. In fact, it often feels like the exact opposite of “blessing”.

At the end of May, I left my home community of Ellicottville, NY with the intention of settling in northern Michigan. Our family lived in Boyne City, MI when the kids were young and we still have many close friends and family there. Unfortunately, there is a major housing shortage in northerner Michigan, largely due to a massive influx of AirBnb investors. We ended up living in my pop-up trailer for a couple weeks at the end of June / early July while the kids and I contemplated our next move.

My middle daughter, Callie, said, “If we’re going to be living in a trailer anyway, why are we staying in one place?” She showed me an app called Campendium that lists free or very inexpensive camping spots throughout the U.S. My older daughter, Gracie, and her boyfriend, Kalib, were already planning a similar road trip to Colorado, Wyoming and Montana. So Callie and I laid out a loose itinerary for the first three weeks of an open-ended road trip. For the first leg of the journey, we were joined by Callie’s friend Mia.

As romantic as it seems to live a truly nomadic lifestyle, it’s also challenging. Something always seems to be breaking or getting lost. So far, we’ve lost the charger for Callie’s drone, lost the crank to lift the pop-up, Mia’s phone ended up in the river, I destroyed the trailer’s electrical cord when trying to get into a remote off-road campsite, and Gracie’s phone wasn’t working (despite $200 in attempted repairs).

The coupe de gras: Gracie’s Subaru engine overheated on Vail pass, rendering the car un-drivable until she replaces the engine at the cost of $6,200. Everything Gracie owns is in that car – even a fairly substantial collection of her favorite books.

Fortunately, I was in Colorado when Gracie’s car broke down. But it would have taken over a week to repair (if she had the money to pay for it) and I needed to continue west with Callie and Mia. We didn’t have space to store Gracie’s possessions and we didn’t have time to wait for her car to be fixed. Fortunately, our dear friends, the Conklins, came to our rescue. They not only provided a place for Gracie and her boyfriend to stay, they stored her gear and tried to help her sort through potential solutions.

The morning after the car breakdown, the kids and I were feeling particularly frayed and overwhelmed. However we were in a remote camp site high in the Rockies outside the town of Nederland, CO. Surrounded by 360 degree views of mountains without another person in sight, we were torn between savoring the delicious sight of wildflowers, hummingbirds, high alpine meadows and towering pine trees… and navigating the logistical challenges of our situation.

Gracie broke into tears of frustration as her faulty phone wouldn’t allow her to make calls to the insurance company and car dealership. I held her and encouraged everyone in our group to spend 10-15 minutes without phones to just turn our full attention to the splendor of the beauty around us.

While I was walking, my heart went out to Gracie. Our divorce has been harder on her than anyone else in our family. She has been trying to be as financially independent as possible – paying for her own car, her cell phone repair, cellular plan, etc. Even without the latest drama with her vehicle, Gracie was feeling the weight of financial responsibility.

Walking among the wildflowers, I realized that one of the most difficult aspects of facing hardship (particularly when hardships come one on top of another) is the feeling that we are not blessed. Instantly, as soon as I became aware of that thought, a voice said “Feel the wealth and abundance in the challenges and hardships you face. Feel honor in the blessing of those challenges. Wear them as a crown. At the end of your time on earth, the memory of your challenges and hardships will bring more pride than all your greatest accomplishments combined.”

In my early 20’s, I needed to end a three year relationship with a man who thought he was going to marry me. I went for a walk. Feeling guilty and utterly drained from the break-up conversation, I broke down in tears. As I walked past a little yellow house, a sweet old lady tending to her flowers asked what was wrong. She invited me in for a cup of tea and listened patiently as I blubbered on about how I’d ruined this poor guy’s life.

When I finally paused to take a breath, the woman smiled softly and told me the story of how she’d lost her first husband in a war. My own problems paled in comparison when she recounted the emptiness and despair she felt after being widowed with two young children and no job prospects.

What struck me was the fact that this woman spoke with wistfulness in her voice. She reminisced about this painful time in her life as if it was a fond memory. She proudly told me that she discovered a strength she never knew she had. She spoke of divine comfort and peace that emerged out of nowhere in the midst of her despair. She told me how surprised and delighted she was when she met her second husband.

The woman said, “That was a turbulent time. Now nothing too interesting happens in my life. Every day is pretty much the same. But that time… when I lost my husband… I’m proud of the girl who endured that hardship and came through it stronger.”

Gracie’s response to her hardship was to create a new podcast called “Fill Your Soul“to share her personal challenges, travels and adventures in hopes of inspiring others to live their best lives.

Living on the open road, not sure where we’ll be staying tonight – much less next week, next month or next year – it’s hard to stay grounded. I have a mantra to remind me to appreciate the many faces of wealth and abundance.  This new perspective on our family’s challenges, and particularly the grace with which Gracie is meeting adveristy, has inspired me to add a new line to my mantra:

“I feel the Universe’s wealth and abundance in the challenges and adversity that are lovingly presented to me at precisely the right time to help me become the person I’m destined to become.”

I’m proud of myself for having the courage to pull up the anchor and set sail on this crazy westward journey. I’m proud of Gracie for meeting adversity with shoulders squared, maintaining her footing when it strikes head-on. I believe that some day, we will to look back on this time in our lives with pride, knowing that our challenges aren’t just part of the journey, they are the reason for the journey.