Do the Crazy Thing 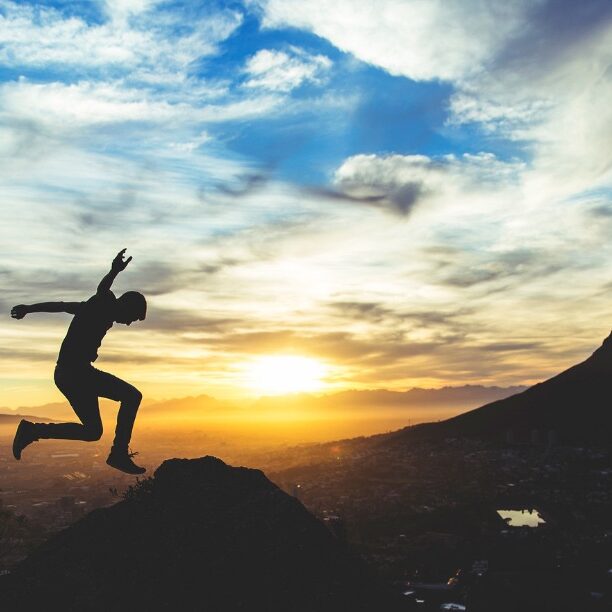 A couple days ago, I wrote “Want to Alleviate Anxiety? Set Goals.” The post is based on Carmen Marshall’s goal-setting formula.

I’ve used Carmen’s process several times through the years, but this is the first time I’ve seen that last step: Do the crazy thing!  Over the past couple days, I’ve been mulling over those words. “Do the Crazy Thing”. That directive feels bold… authentic… personal. I realized that I’m most proud of times in my life where I did the crazy thing.

As a junior in college, I took an internship with Friendship Ambassadors, a non-profit that organized cultural exchange programs between Eastern Europe and the U.S. during the Cold War.

Working on a shoestring budget before the advent of the internet, I ordered telephone books from Boston, New York City, Washington D.C. and Philadelphia to organize performances, transportation, lodging, meals, and entertainment. I promoted performances through grass-roots organizations and managed to fill most concert venues.

Leading three American performing groups behind the Iron Curtain was absolutely mind-blowing. I was twenty years old. We had no internet. We had no cell phones. Credit cards didn’t work in the Soviet Union or Eastern Bloc countries.

My first group was a high school orchestra of 60 students plus chaperones. Our two tour buses pulled up to the hotel at our first stop in Leningrad, only to find our reservation had been cancelled. The Vice President of the U.S., Dan Quayle, was visiting Russia and every decent hotel in Leningrad was taken by press or diplomatic personnel. Our rooms had already been given away. We were stuck sleeping in a brothel with bedbugs. There was a dead rat in my the bathroom sink.

That was a crazy summer. A chaperone was taken by the secret police. Another elderly chaperone ended up in the hospital in Leningrad. A choir director lost his passport in Czechoslovakia over 4th of July weekend when the U.S. embassy was closed. I was stuck in Bulgaria during a student revolt against the Soviet dictatorship and narrowly escaped being taken hostage by demonstrators. That fall, I was in Pecs, Hungary when the Berlin Wall came down.

Crazy as those times may have been, those experiences are some of the most exciting, interesting, unique, character-shaping moments of my life. I am proud they are mine. They made me who I am. They taught me the depths of my own strength and introduced me to a boundless spring of creativity and resourcefulness. Most importantly, they taught me the value of doing the crazy thing!

What are the characteristics of the crazy thing?

The crazy thing stretches you. You can’t do the same things you’ve always done and expect to become something new. You need to leave your comfort zone to accomplish a goal that is out of reach. The crazy thing demands that you grow. Risk requires bravery. It’s impossible to see all the steps that will lead to your goal. That’s the nature of risk. You have to jump.

Help will come from unseen sources

We are here to accomplish something great, something written on our souls before we came into this world. The entire universe conspires on behalf of a person with passion in pursuit of a dream. Forces in both the seen and the unseen come together, collaborating in a series of coincidences and chance meetings, to make those dream come true. Remember this: fate favors the brave.

The path becomes clearer when you take the first step

When you think of the crazy thing, it’s impossible to foresee each step of the journey. Achieving your dream means overcoming seemingly impossible obstacles. But once you commit to that first step, the path before you becomes a little clearer. Solutions appear and limitations are lifted, miraculously dissolving like the morning mist to reveal a clear path to the next hurdle. You learn to trust your intuition. With practice, hurdles become easier until they barely slow you down.

Doing he crazy thing changes you

Achieving your goal requires you to become someone new. This is the true power in doing the crazy thing. Achieving the goal is not the reward. Becoming the person you need to become in order to achieve your goal… that’s the reward. This guided meditation by Gabby Bernstein is a fabulous way to “hold space” for that amazing person you are becoming.

And now, dear friend, (if you’re reading this, fate has made you my friend) I will share my own “Crazy Thing” with you. A year from now, I will be reaching millions of people with a message so powerful, it will change not only the lives of the people who hear it, but the lives of each person they touch as well. Though the message is relevant for individuals of all ages, it will specifically resonate with the late teen – thirty-something young adults who are struggling to make sense of this crazy world. To them, I am Mom. For them, I will move heaven and earth to let them know they are loved… they are heard… and they have great, great power. I believe my destiny is unfolding right now, in this moment. And my destiny is inextricably linked to those precious young adults.